Adarsh School, with its unprecedented mission, was established in year 1987, to bestow quality education to the children of Karnal and adjoining areas. It works under the strict guidelines of CISCE (Council for the Indian School Certificate Examination, New Delhi). This is first CISCE school in district Karnal. Initially situated in Model Town building, it moved to its existing campus in the year 1993. Its present campus is situated in a serene and peaceful ambience which is away from hustle and bustle of the city, sited on Karnal, Kunjpura road. The school follows CISCE pattern which develops communication skills in the students, which is the demand of modern era, as the syllabus is not only intensive but extensive also, so it prepares students for various competitive exams and imparts in depth   knowledge of the subject matter; that is why most of the famous schools in India and abroad are affiliated to CISCE. The executive head of APS Mrs. Harjit Kaur is a qualified and erudite   administrator. She has a bundle of knowledge about the surroundings as she has learnt from the traveling experiences of USA, Canada, Holland,  England, Maldives and Mexico. She has penetrated into the educational systems of these nations to get the glimpse of secret of their educational success and has tried to adopt the same in her own dream creation Adarsh. 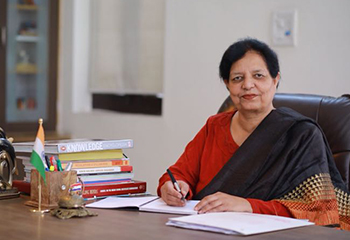 Adarsh School was just a dream, and it has now come to life! We had glorious achievements by making our students disciplined and impeccable citizens of the country. I feel proud and joyous when I see learners coming together under one roof to go on to become prestigious scholars. We highly believe that morals and ethical values are the soul of our centre of education. 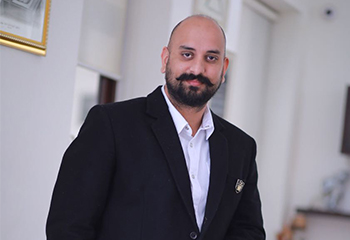 As Managing Director,of Adarsh School, I feel that transformations and up-gradations according to the present standards are must. For past 27 years our school has been educating the young ones irrespective of their background, culture and academic ability. Wee a happy school which works to develop full potential of its pupils. Our teachers are also experienced learners who work hard to provide best quality education to the children in their care. 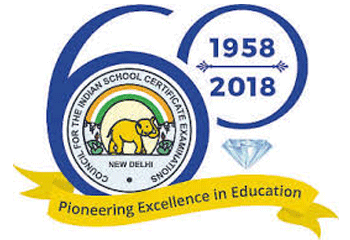 Council for the Indian School Certificate Examinations celebrated 60 years in 2018. Our school is affiliated with the prestigious CISCE Board. The Council for the Indian School Certificate Examinations (CISCE) is committed to serving the nation’s children, through high quality educational endeavors, empowering them to contribute towards a humane, just and pluralistic society, promoting introspective living, by creating exciting learning opportunities, with a commitment to excellence.

To impart quality education to children as per approved curriculum of CISCE, New Delhi, irrespective of religion, caste, creed, race and social status.

To establish a centre of excellence for children education in Karnal as per need of National Education Policy.

Everything is very good. Overall we are satisfied at all levels. Kindly continue such type of good work. Thanks for your management & hardwork.
Know More...

I am very obliged to get a chance to share my views. As a student and a teacher, I have learnt so many extra ordinary things from school & specially under the guidance of Respected Principal Mam. I have become a disciplined, punctual & confident individual. The School stands committed to higher academic standards among the young learners with greater stress on a harmonious mental, moral, physical & cultural growth of boys & girls.
Know More...

"THE SCHOOL WITH A SOPHISTICATED, INTELLECTUAL ATMOSPHERE"
TOP